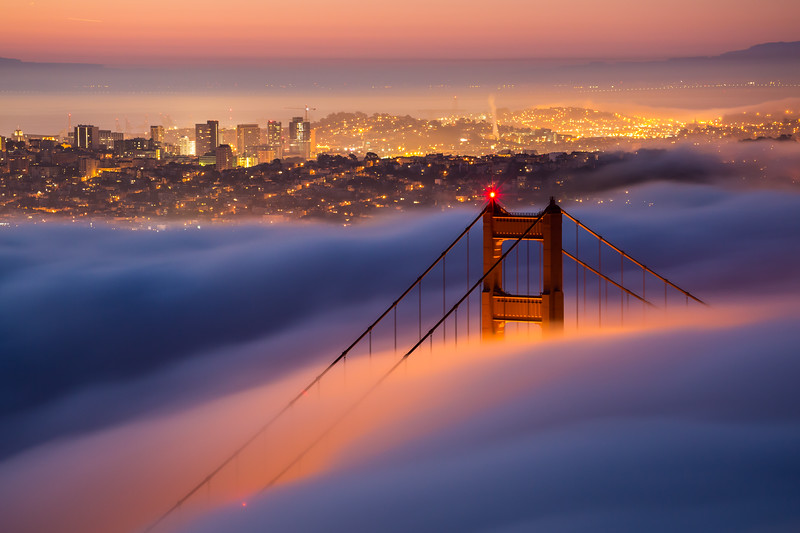 A unique photograph; this is something I haven't seen anywhere else on the web! On a very clear, cold and dark night in San Francisco I headed out to this spot which at the time required a walk of a few miles. My intention was to shoot a star trail image, but my camera picked up the milky way, so I had to focus on that. Before heading out, I was vaguely aware of the milky way orientation from this viewpoint and had hoped to catch a glimpse, but never thought I'd see the milky way this clearly over a light-polluted place like San Francisco! I can only think this is fairly rare as this was an unusually clear winter night. It appears that some of the light pollution is captured by the humid layer over the city, shielding the clearer, higher elevation skies.

All images © Joost Daniels. Sign up for my newsletter!